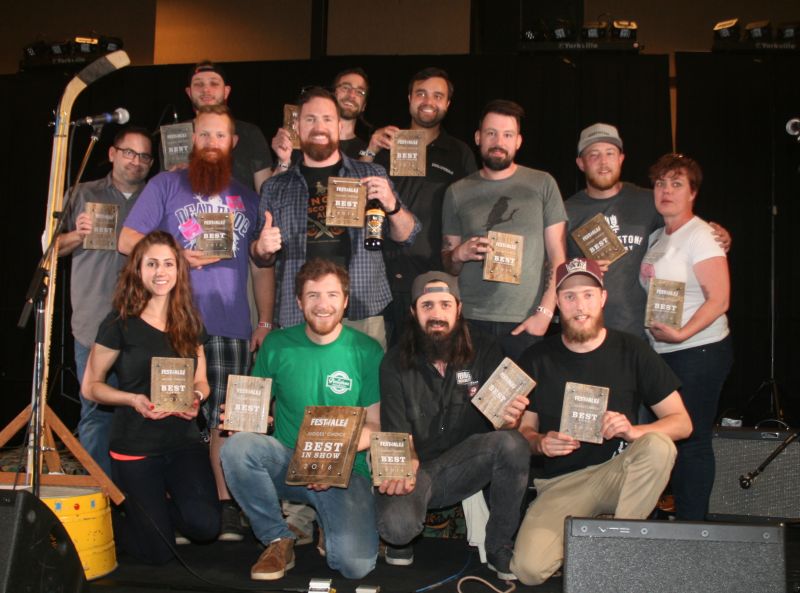 In addition, the People’s Choice Awards were voted for by attendees of the festival. These awards include Best Beer, Cider, Food as well as awards for Best Label Champions and Runners Up from submissions from participating brewers displayed at the event.

The winners received beautiful awards that were created by local artisan Tim Tweed. They are handmade and crafted with passion each as unique as the award winning brews themselves.

The Awards were distributed as follows:

The People’s Choice Awards, voted for by guests at the event:

“We were thrilled to once again have such an esteemed panel of judges” says Warren Everton, Okanagan Fest of Ale Judging Chair. “They had a difficult job tasting and evaluating 106 different beers and ciders to determine the best entries in 14 different categories and then to agree on the overall Best in Show award. The winners represent an amazing collection of the best that BC has to offer, make sure you visit your local liquor stores and try these award winners.”