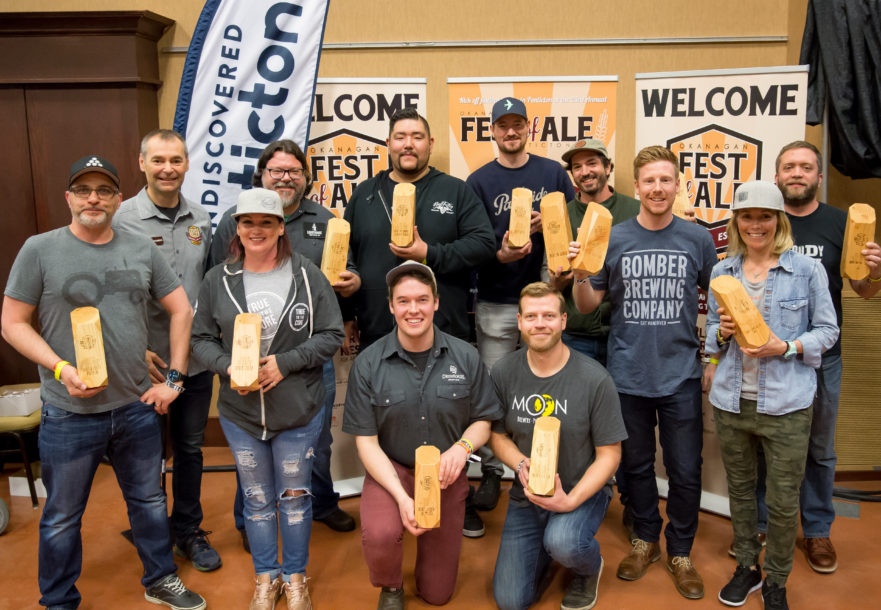 Awards for Judges’ Choice  Best in Show and Best in Class in 12 categories as well as People’s Choice Best Beer, Best Cider, Best Food and Best Label Design and Runner Up were presented onsite at the 23rd Annual Okanagan Fest of April 13 & 14, 2018 in Penticton.

The Judging panel put their palettes to the test to determine  which beers and ciders would take top honours from 122 different craft beers and ciders while the patrons put forward their preference for People’s Choice winners by electronic ballot with the craft loving crew from  Canadian Craft Tours.

Hand crafted awards created by local artisan Tim Tweed were distributed to the winners as follows:

A special mention also to Universal Packaging for providing the growlers for collection, to the Penticton Sandman four housing our judges, to Canadian Linen for their support on the brewers on and offsite and to Clancy’s Liquor Store for making these great brews available on site at the event.

Congratulation to all and Cheers to great beers and ciders!