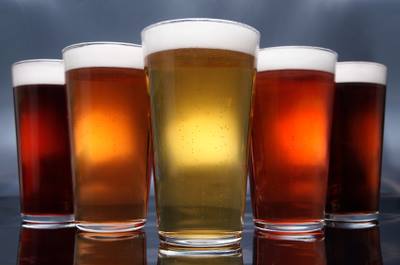 “With 7 craft breweries and a dozen craft cideries throughout the region, Penticton has quickly become a destination for craft beer and cider enthusiasts. We’re as excited to be working with area businesses to share and promote the excitement for craft beer and cider here in the area as we are to be welcoming craft brewers from out of the area to the main event this year” says John Cruickshank, Okanagan Fest of Ale Society President.

In addition to craft themed dinners, Joe Wiebe, The Thirsty Writer, will be offering a seminar and tasting focused on IPA’s at Bad Tattoo Brewing on the Thursday evening April 6th, local area breweries will of course be open for tastings throughout the week.

“The signature event will always be the 2-day consumer tasting which will feature 65 breweries from BC and beyond this year. It’s by far the largest number of participants to date and includes a great mix of longstanding favourites and new breweries and cideries from all across the province,” says Cruickshank. There will be over 175 quality-crafted brews and ciders for tasting including new releases, experimental brews and cask ales. Guests of the fest can also look forward to fabulous food, with many restaurateurs incorporating a craft inspired twist on their dish, and live entertainment taking place around the venue both indoors and out.

New for 2017, we will be offering guests the opportunity to purchase their tasting tokens with either cash or by card at various locations throughout the venue. “The change is not only consumer friendly but also allowed us to rework our floor plan to accommodate a greater number of brewer vendors, and free up space for an few neat additions this year” says Cruickshank.
Cascades Casino, set open their doors April 5th, will be setting up a few gaming tables in the newly created area alongside various industry themed displays and information tables.

“All in all it’s shaping up to be one the best events yet” says Cruickshank. “Tickets have been selling remarkably well with a notable increase in the number of 2-day weekend pass and ticket and accommodation packages sold to date. If you’re planning to attend we certainly encourage you to book soon in order to avoid disappointment.”

Make plans Sip, Savour and Celebrate the best in craft beer and cider at the
2017 Okanagan Fest of Ale during Okanagan Beer Week today!